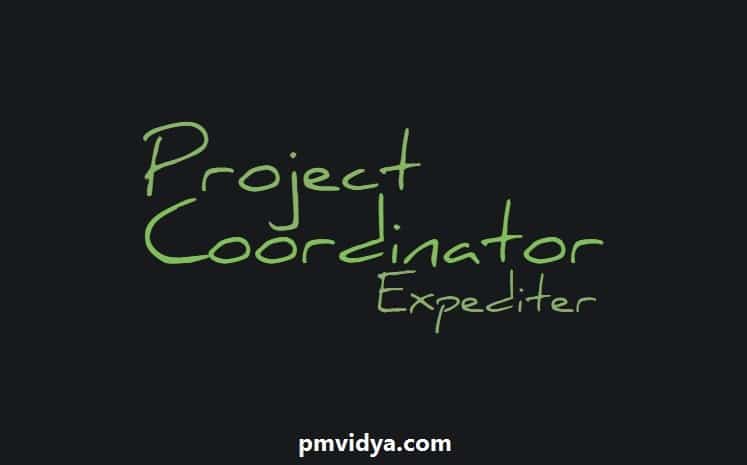 Check the different types of Organizations.

The functions of project coordinator and project expediter are almost the same, except for some minor differences, discussed below.

A Project coordinator is similar to Project Expediter, except that he/she