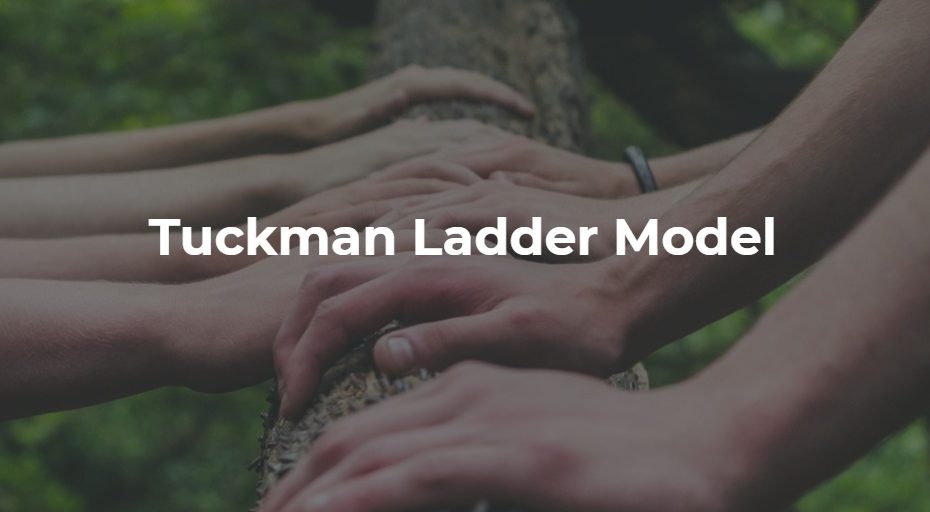 Team building is an ongoing process throughout the project. It is crucial for effective project management and eventual project success. So, in order to be effective leaders and managers, one should have a clear idea of what may be going on with his/her team at any point of time. The psyche of a team, as a whole, varies with time. It will be different at the time when a team is just formed, and it will be different at the end of their journey as a team.

Not only in project management, take any area of work, a team formed to do some work, may not be, mostly will not be, effective from day 1. The team members don’t know one another, and they take time to sync up, it takes time for the team members to know about their collective strengths and weaknesses, and evolve into an effective force. Tuckman ladder model is something that explains the various stages that a team goes through before evolving into an effective force.

According to the Tuckman Ladder model, there are 5 stages in team development.

According to this model, the process of team development goes through these stages of Forming Stroming Norming Performing and Adjourning respectively in that order.

Let us look at each stage, one by one, in detail..

Tuckman Ladder model is a very important topic and you will see one or more questions on this in the PMP, CAPM and other Certification exams.